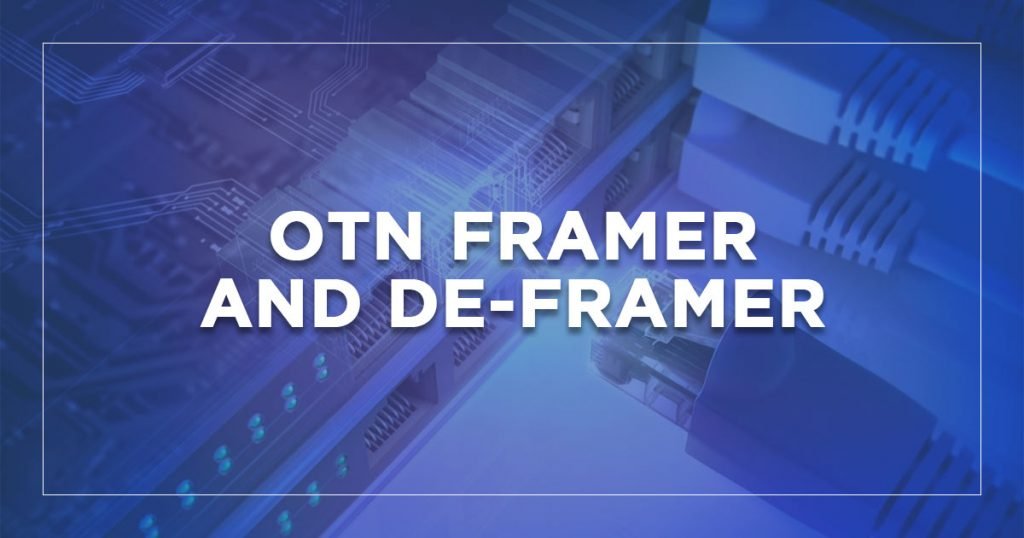 Different from SONET-SDH that is time multiplexed (TDM), the OTN protocol is multiplexed in wavelength (WDM), lowering the costs of the network.

However, the main characteristic of the OTN standard is the presence of an error correction structure, based on the Reed-Solomon (255, 239) algorithm. This structure may correct up to 128 bytes in burst for each frame, enabling the use of longer optical links.

The Optical Transport Network (OTN) standard is described on the G.709 ITU-T recommendation, which defines an OTN winterface as a set of elements for optical networks capable of providing transporting functionality, multiplexing, routing, management and supervision of optical channels. The OTN interface must have the ability to carry signals from different types of clients.

LFT OTN Framer accepts user data from a FIFO and prepares the OTN Frame according to G.709 standard. It supports asynchronous payload mapping wherein a locally generated clock is used for OTN side interface, and positive and negative byte stuffing is applied to synchronize client and OTN interfaces.

FEC scheme is RS (255,239) Encoder. LFT has its expertise in FEC scheme and has internally developed a highly optimized RS Codec which can support up-toOTN4 (100 G) data rate. Besides LFT also have enhanced FECs such as LDPC, concatenated BCH codec, which can be used to further improve OTN
performance.
Scrambling is applied to all the data except OTN Framing pattern. High speed scrambling is achieved by storing the scrambling pattern in a Block ROM.

Serialization and deserialization is achieved by using FPGA inbuilt high speed Giga-bit transceivers (GTX) block. LFT here again has over more than 10 years of experience in making the GTX up and running. Evaluation
An evaluation license is available for this core. The evaluation version of the core operates in the same way as the full version for some time, dependent on clock frequency. Operation is then disabled and the data output does not change.